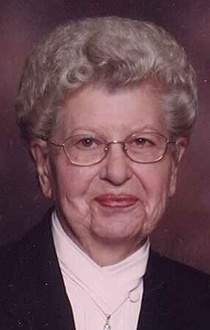 Rose Helene Kaczor, 90, Altoona, passed away Saturday evening at her residence surrounded by her family.

She was born in Lilly, daughter of the late Francis and Pauline (Fulla) Yanik.

Rose was a U.S. Navy cadet. She graduated from Mercy Hospital School of Nursing as a registered nurse and was a teacher at the school. She was a staff member at Rockefeller Institute Hospital of Medical Research, where she did cancer research. She attended Penn State University, Hunter College in New York, and St. Joseph College in Maine and received her master’s degree in public health administration. She was a devoted mother and wife and worked with her husband at his office.

To order memorial trees or send flowers to the family in memory of ROSE HELENE KACZOR, please visit our flower store.