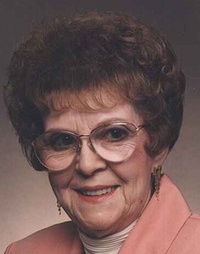 She was born in Altoona, daughter of the late Jerry and Marie (Gauntner) Ivory. She married William D. McConahy on July 16, 1949, at the Cathedral of the Blessed Sacrament, and he preceded her in death on July 25, 2010.

She was preceded in death by two brothers: Joseph Richard and William Paul.

Rose Marie retired as a trimmer from Saf-T-Bak and had also worked at Puritan and Sylvania. She was a member of the Cathedral of the Blessed Sacrament, Blair Senior Center, Horseshoe Seniors, Golden Nuggets and Bavarian Aid Society. She enjoyed traveling, bus trips and driving her car.

In lieu of flowers, the family requests memorial donations for Masses.

To order memorial trees or send flowers to the family in memory of ROSE MARIE McCONAHY, please visit our flower store.