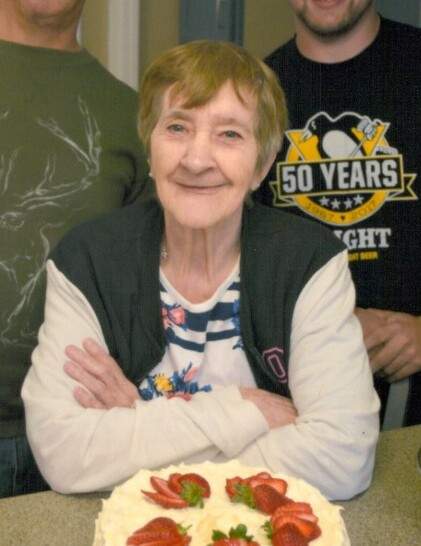 Sandra J. Stewart, 78, Altoona, passed away Thursday morning at her residence, surrounded by her family.

Sandra was born in Altoona, daughter of the late William and Ann (Brightbill) Dickinson. On June 28, 1958, she married her husband, Victor D. Stewart Jr. in Altoona, and he preceded her in death.

In addition to her parents and husband, she was preceded in death by her daughter, Penny May; her son, Victor D. III; and six sisters: Florence, Kate, Edna, Mary, Ruth and Theresa.

Sandra enjoyed shopping, watching old movies and especially being with her children and grandchildren.

At the request of the deceased, there will be no viewing. Due to COVID-19, a celebration of life service will be held at a later date and at the convenience of the family.

To order memorial trees or send flowers to the family in memory of SANDRA J. STEWART, please visit our flower store.

Family to do services at later date