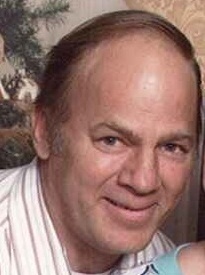 He was preceded in death by two brothers: Herbert P. and John; and a sister, Barbara Dolan.

Steve was a 1973 graduate of Altoona Area High School. He retired on May 6, 2006, as a truck driver from Ollinger Brothers Inc. He was a former member of St. Mark's Catholic Church, a lifetime member of the Bavarian Aid Society and a member of Newburg Fire Company.

Steve enjoyed bowling, pool, hunting and watching the Pittsburgh Steelers with his family.

Friends will be received from 2 to 5 p.m. Sunday, March 2, 2014, at Stanley J. Krish Funeral Home Inc., 1204 17th St., Altoona, followed by a funeral service at 5 p.m. by Chaplin Anthony Conrad. Committal will be private at SS. Peter and Paul Roman Catholic Cemetery.

To order memorial trees or send flowers to the family in memory of STEVEN M. SLOWIK, please visit our flower store.