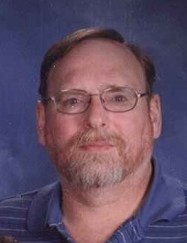 He was born in Altoona, son of Ralph and the late Phyllis (Miller) McClellan. On Oct. 10, 1987, he married Michele McCabe at St. Therese of the Child Jesus Catholic Church.

Surviving are his wife; a son, Brandon Thomas at home; his father, Ralph; a sister, Lisa Eamigh and husband, Randy; and a brother, William and wife. Maureen.

Tom was a graduate of Altoona High School and Greater Altoona Career & Technology Center. He worked as a maintenance mechanic for Del Grosso's Foods. He was a member of St. Therese of the Child Jesus Catholic Church, as well as the Bavarian Aid Society. He enjoyed fishing and wood working.

To order memorial trees or send flowers to the family in memory of THOMAS "Tom" R. MCCLELLAN, please visit our flower store.