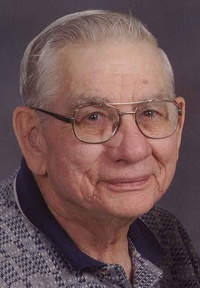 He was born in Altoona, son of the late Anthony and Magdaline (Gurna) Lawruk. He married Olga H. Gural on June 7, 1952, at St. Mary Ukrainian Catholic Church.

He was preceded in death by three brothers: Joseph, Raymond and Donald.

Walter was a graduate of Altoona High School and retired as a carpenter for Conrail. He served in the U.S. Army as a corporal during WWII. He was a member of St. Joseph Catholic Church, Bellwood, and also belonged to the Knights of Columbus Council 551, St. Stanislaus Kostka Brotherhood and AFL-CIO.

Walter enjoyed fishing, hunting and especially gardening, but most of all he enjoyed his family, grandchildren and great-grandchildren.

To order memorial trees or send flowers to the family in memory of WALTER LAWRUK, please visit our flower store.