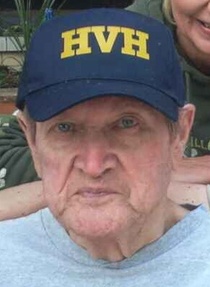 He was predeceased by his brother, Robert; and a special companion, Dorie Nelson.

He retired in 1972 as a detective sergeant from Penn Central Railroad Police Department. Bill enjoyed bowling, camping and politics.

He served during Korean War in the Navy as a Quarter Master 3rd Class.

To order memorial trees or send flowers to the family in memory of WILLIAM E. BOLING JR., please visit our flower store.